Now Is The Best Time To Join A Gym

Gym and fitness center memberships are as competitive as they have ever been.   Living in the Washington, DC area and being a fitness professional I frequently see signs of low prices to join gyms and construction and/or renovations of facilities.   This is a good time to take advantage of the competitive pricing.  There has been a growing concern about the obesity epidemic.  There has been an invested by government and the private sector into the health and wellness industry.  The recession of 2009 spearheaded growth in the industry as well.   People ran to exercise to deal with the address and the industry capitalized on it. 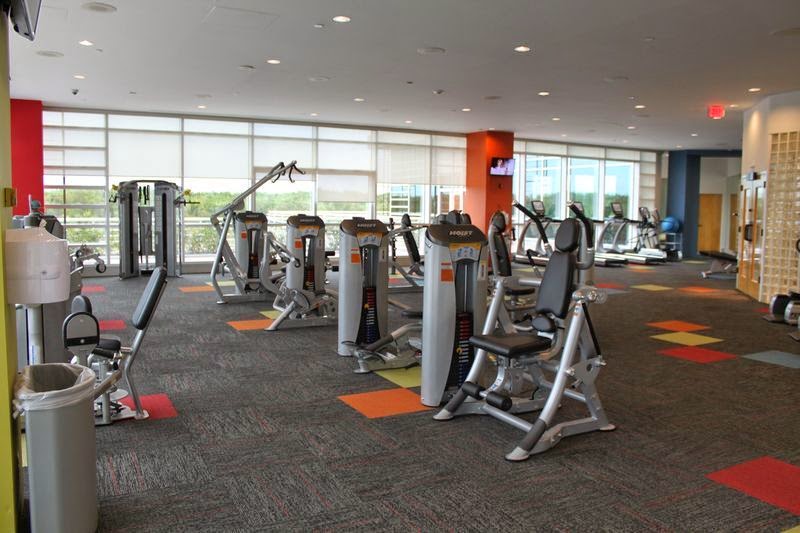 For example, there are six gyms within four miles of my home.   One of them is considered a high-end chain and recently they have posters on buses, trains, and all over town dropping their monthly membership to $19.95/month.  In the past their rates have been over $70/month.  They are competing with gyms that do not have the same offerings, but have a more competitive price.

Organizations are implementing more Wellness Programs for more staff camaraderie, greater productivity, and less absenteeism.   This includes having a fitness center onsite or offering discounted memberships to a commercial gym.   A study released in April 2012 by ADP, Inc., a provider of human resource management, payroll, and benefit administration services, reported that 79 percent of large and 44 percent of midsized companies offer wellness programs.

According to Andrew Weber an Analyst for FranchiseHelp.com the fitness center industry started coming into its own in the 1970s and 1980s, when exercise, led by running and aerobics, became popular. Membership rose throughout the 1990s, and the 2000s were a period of enormous growth for fitness centers. There were 16,938 clubs at the beginning of the decade, and that number grew to 29,636 by January 2008.  41 million Americans are members of a health club, and just about half of belong to a commercial health club, with the rest divided between non-profit clubs like the YMCA and miscellaneous for-profit clubs such as corporate clubs, country clubs or spas.

Gyms such as Planet Fitness and Retro Fitness capitalized on the recession.  RetroFitness, a New Jersey-based fitness franchise, charges its members just $19.99 per month. Featuring brightly hued equipment and checkered floors, the gyms also come with RetroTheaters where members can exercise while watching such 1980s movies.

“The unfortunate recession has been a blessing in disguise,” said Eric Casaburi, CEO and founder of RetroFitness in 2011. “Before this market we wouldn't have touched New York City [and its rents] with a 10-foot pole. We can now get our hands around it.”

Planet Fitness does not keep it a secret regarding their target market.  McCall Gosselin, the company’s director of public relations stated to Men’s Health in 2013, “Our clubs don’t have equipment like squat racks and Olympic benches. Our dumbbells only go up to 80 pounds.”

The chain tripled in size over a five-year period, from 242 clubs to more than 750 by the end of 2013. They’re in 47 states and Puerto Rico, with more than 4.5 million members. Gosselin was candid about why it works: “The gym industry was built on bodybuilders, people who work out multiple times a week. Planet Fitness was founded as a place for the other 85 percent.”

With over 80% of gym goers not looking to lift heavy weights and go to the squat rack of bench press other gyms have adapted their marketing and examined what they are offering.

What should you look for in a gym?

Convenience:  Traveling to your gym should be as little of a hindrance as possible.  Your gym should be located near your home and/or place of employment.  These are the two places you most likely spend the most time.

Atmosphere and Amenities:  Gyms have different cultures and have a target audience.   Certain gyms offer more than just the basics of equipments and personal trainers on staff.  Extras like a pool, massage therapist, or onsite nutritionist can help you get more out of your training sessions. Pools and hot tubs have a therapeutic effect on muscles.  Larger gyms may have yoga studios, boxing rings, cycling rooms, and so on. But smaller gyms tend to have a more sense of community and can act as private training centers, which some find more comfortable.  Choose a gym that has equipment and amenities that fit your training and interest.

Price:  Memberships can fit into your budget.  They are as low as $10/month.  Recreations Centers can be even less per month, but some of them do not have ample equipment in my opinion.   Visit a your local Recreation Center if you’re considering it as an option.  Know the gym’s cancellation policy and the specifics of your membership contract, including how to opt out.

Take all of these factors into consideration before joining the gym.   Take advantage of the great pricing that is currently being offered.  Visit several gyms that are convenient before joining and don’t be hesitant to negotiate your memberships dues.

Jamaal Piper
Health and Wellness Consultant/Personal Trainer
www.piperpersonaltraining.com
Posted by Jamaal Piper at 9:44 AM No comments:

This NFL season was one of the most interesting I can remember as football fan.  It had more to do with issues that took place off the field than on it.  When the Ray Rice inside the elevator video went viral and NFL’s Commissioner Roger Goodell’s handling of the matter became under more scrutiny domestic violence turned into a national conversation.   It was the same with the photos of the bruises on Adrian Peterson’s son regarding child discipline.

I have been on record of not being too keen on Roger Goodell.  He was handed the keys to a Ferrari and told don’t crash it.  He technically works for the owners and my observations of these recent developments are that the NFL owners are saving him from himself.  The announcement of more checks and balances in reference to player discipline and investigation is long overdue.  It took these embarrassments for them to get to this point.  It lends more credibility to the process and decisions after they are rendered.  In the meantime he’ll be the face and voice and be managed and protected in the background.  It doesn’t look good for the league and owners to run him out.

It was  another season inept play on the field for my beloved Washington Redskins and RG3 drama…again!  This franchise has been mediocre during the free agency era of the NFL, almost 20 years.  The sad part is I don’t see things improving anytime soon.  I wasn’t as hard on Jay Gruden as other fans.  He seemed a bit overwhelmed at times and I wouldn’t be surprised if the organization was more dysfunctional than he realized as a major contributor.

Griffin’s ability to evolve into the effective quarterback is a major concern.  I hope he takes the offseason to work on his craft and return to the team.  It will be the last year of his contract.  I am rooting for him to do well.  The more I watch him play it appears he doesn’t have the nuances of the position down that are usually innate.  Everything is not coachable, and “feel’ for the game is one of them.  The team has plenty of other issues besides the quarterback position.  The roster doesn’t appear to be talented, point blank!  We’ll just have to buckle up for another eventful offseason in Washington, they don’t know how to do it any other way.

The regular season did not have too many surprises.   San Francisco was due for a let down after three straight NFC Title Game appearances and key injuries and suspensions on defense.  As long as Peyton Manning, Tom Brady, and Andrew Luck are playing quarterback for their respective teams they are a lock for the playoffs.  In my preseason blog I predicted five (Bal, Cincy, Den, Indy, & NE) out of the six AFC playoff participants and three (AZ, GB, & Sea)  in the NFC.

I stated then that I would have to see games before I could talk Super Bowl.  I am going with The New England Patriots vs.  Seattle Seahawks with New England winning Super Bowl XLIX.  Those two teams having home field advantage are difference makers for me.  I am a big Peyton Manning fan, I just don’t have the confidence of him beating New England on the road in a playoff game.  Seattle is in a nice groove and should hold serve.  Dallas and Green Bay have the best chance to upend them.  Dallas beat them earlier in the season and Green Bay has Aaron Rodgers, enough said.

Posted by Jamaal Piper at 11:59 AM No comments: